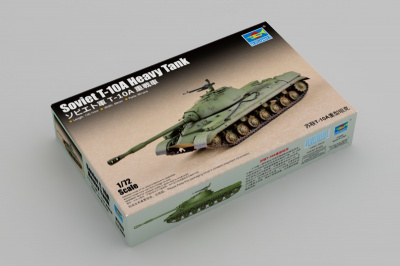 The T-10 was a Soviet heavy tank of the Cold War, the final development of the KV and IS tank series. It was accepted into production in 1952 as the JS-10 , but due to the political climate in the wake of Stalin's death in 1953, it was renamed T-10. henceforth Had carried out many times modernized improvement .T-10A  in 1956 Improve on T-10 base.Exchanged a new model gun barrel,and New observation- – aims system.