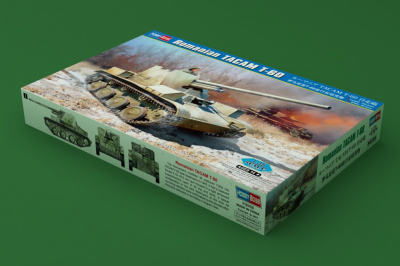 The Romanians modified 34 captured T-60s into TACAM T-60 tank destroyers in 1943. It had a captured Soviet F-22 76.2 mm gun housed in a light armoured superstructure open in its top and back, a typical configuration in the tank destroyers at the time. All surviving vehicles were confiscated by the Soviets after Romania defected to the Allies in August 1944.