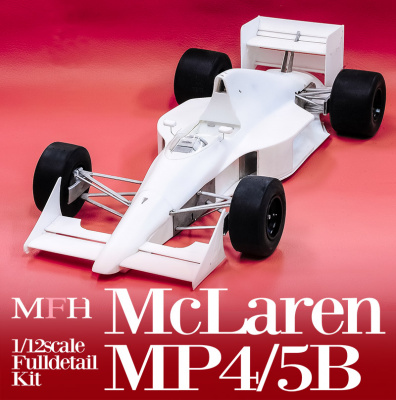 K455 Ver.A : 1990 Rd.1 U.S­.A.GP
・This version is based n the opening round that A. Senna won. The “Bat Car” diffuser will be included, together with 5-piece flap rear wing, big brake duct, and the meter panel that inherited from the previous generation.

K457 Ver.C : 1990 Rd.11 Belgian GP
・this version is based on the Belgian GP specification. 3-piece flap high rear wing and the black carbonized wind shield are included. Also the meter panel, brake duct, and the normal type diffuser of the late type are included too.

K458 Ver.D : 1990 Rd.15 Japanese GP
・This version is based on the Japanese GP that vigorously fought with A. Prost of Ferrari, in the Suzuka circuit. 4-piece flap rear wing and the normal type diffuser are included.

Delivery is about 30 days

Please write to your note which version you order. Thank you.